All Ears, Homeowners: Top Roof Problems That Can Affect Your Home

All over Australia, homeowners face a number of problems with their roofs as the seasons change. A large number of problems are brought about by constant weather changes, with factors such as poor workmanship and poor management causing others. Most are not detected early and as such, lead to bigger situations that are more expensive to fix.

A roof can be expected to have a gradual, slow deterioration curve at the beginning of its lifetime, which gets steeper as the years go by. As with other regions in the world, Australia is prone to the effects of weather and seasonal changes, being a country that experiences all four seasons and a variety of different climate types. That means that the scope of roof deterioration might vary across the country, depending on each region’s climate type.

So, what can you do to save your home from roof disaster? Know the common problems! Here are some of the common roof problems that are bound to happen and affect your home.

Even the most beautiful roofs are prone to this problem. This is where water finds its way through the roof and seeps into the lower part of the house. The water might be on the roof as a result of heavy rain or pooling water from ice.

The seeping occurs as a result of roofs whose top protective layer has weathered off and spaces  have developed. Over time, this can cause water puddles in your house and result in roof punctures and moulds. To detect leaking, look for any water marks on your ceiling, in the attic and on walls connecting to the roof.

This is more likely to occur on low-sloped and flat roofs and occurs when air and moisture is trapped under the roof materials (primarily tiles and shingles) as temperatures increase. They appear as shapeless/round areas of wetness on a mostly dry roof and may eventually cause discolouring. Over time, this damages tiles and may weaken them to the extent of falling off.

If you see a large hole on your roof, know that your home is in big trouble. Those holes, or punctures, occur when a part of the roof falls in, creating a hole. This can be caused by anything from weak roofing to tree branches from neighbouring trees to animal infestation. When not fixed in time, they can become an entry point for large amounts of water, and unwanted animal pests.

Australia experiences winter like many other regions of the world. Its effect on roofs can be quite disastrous. After accumulating on the roof for some time, ice starts to melt into water and drain away. Houses with improper roof construction or blocked drainage pipes then suffer the problem of flooding, which causes small ponds to form on the roof.

The ponds can also be brought about by water from heavy rainfall. Such water later seeps into through the roof and into the building, causing further damage to both the roof and the house.

The fact that many homes in Australia harbor animals in their roofs and attics, knowingly or not, is no longer news. It can be animals such as possums, birds, bats and even insects, depending on the area in question. Animal infestation causes a number of challenges, especially for your roof.

To enter your house, the animals have to create a path and entry point. This may appear as a puncture in the roof or a hole in the flashing, and tends to grow in size as the animals increase. On their own, the punctures and holes let in water during rainy seasons, damaging your house.

Shrinkage, deterioration and damage of tiles

This is brought about by regular exposure to changing weather conditions plus the effect of UV rays on ponding water. Under constant assault from nature, the tiles are weakened and may, over time, break, crack, weather, shrink and ultimately, fall off. Deteriorating roof tiles are also a bad sight that has to be fixed immediately.

This is more common with roof sheeting such as aluminium. Areas with really windy conditions are prone to blow offs and billowing if some parts of the roof are poorly nailed to the wood below. Well built roofs are designed to have maximum wind resistance, but that can only reduce after many years.

The condition is also caused by poor flashing and weak fastening of the roof framework to the building. Over time, parts of the roof can be torn or blown off, leaving a gaping hole over the house.

Naturally, these come from exposing any surface to water and humidity for long periods. All roof types, especially those in the wetter areas of Australia, are prone to this situation. When moulds and mildew grow in certain areas of the roof, it is a sign of possible leakage and deterioration and must be taken care of immediately. Additionally, their accumulation makes the roof look ugly.

If your roof has fascia boards, as most houses do, you need to check on them regularly and monitor their appearance. Fascia boards are the long wooden planks that are fixed along the edge of roofs to add aesthetic beauty and provide protection for the wall from roof water and rain.

By the nature of their job, the fascia boards get exposed to rain and other weather conditions daily, leaving them prone to rotting and discolouring. They are also affected by termites and carpenter ants, which feed on them. These factors can lead to total disintegration and eventual damage to your house.

That’s not all there is to roof problems, but those listed above are some of the commonest in Australia. Most of these problems can be fixed when detected on time, even though they might require total reconstruction of the roof or parts of it. In the same vein, some such as those caused by non-weather factors can also be avoided.

to find out our latest Special offer today 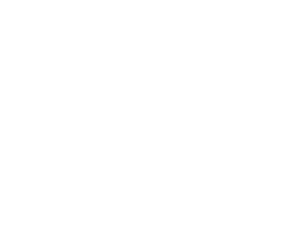