You’ve probably heard of countries like Singapore and China deciding to incorporate nature into their infrastructure, by growing various types of plants, grasses, vines and sometimes even trees – right on top of their buildings. So how good is this, actually? How well does it fit into the overall image of a city, based on its functionality and appearance?

Certainly, it does win the affection of environmentalists and scenery aficionados, but does it manage to enchant a casual apartment dweller who hates bugs?

First of all, we need to weigh the pros and cons of this growing innovation. Obviously, it allows every city to improve the quality of its oxygen and gain a little colour. Everyone is mostly captivated by these two factors, and yet nobody considers the potential damage that can come to the property and its owners.

A branch definitely won’t harm your balcony, but in the case where you have a full glass wall and there’s a strong wind outside, there’s a chance of it breaking due to the nearby swinging branches.

Also, there are various insect families that may just take an interest in your home, being as nearby as they are. Let’s not forget that there are also green walls, which only further increase the chance of these occurrences.

All About Green Roofs – A Better Tomorrow

The Gist of the Idea

First of all, we need to realise what made the idea so popular and widely accepted. Everyone is worried about global warming, the forests that are constantly being cut down, and the city smog that invades everyone’s lungs.

Green roofs largely contribute to partially solving all of these and any similar problems. The extra production of fresh oxygen is sure to boost the health of the citizens, especially those lucky enough to live in one of these buildings.

Another fact is that our cities keep expanding to the point where (aside from parks), we no longer have room for nature. Enormous piles of steel and concrete result in a steaming pan during hot summers, and nobody really likes that.

Plants make it a whole lot cooler, by producing more oxygen and absorbing the extra heat. With the expansion of green-roofed buildings, we could eventually end up having a worldwide fusion of urbanity and nature, which could be considered a form of utopia.

It also goes without mentioning that this change would create a world of opportunities for animals agile and adaptable enough to survive in a city. Yes, we already have pigeons everywhere, but just imagine all the species that could inhabit your city with this addition.

Every green roof is made up of at least six layers, all of which are crucial to its proper function. This fact is the main reason why a green roof costs at least twice as much as any other roof, but the pieces that make it work so flawlessly may just render this flaw invisible for some readers.

Layer 1: First of all, there’s the roof deck. The roof deck serves as the foundation for all the other layers, as it provides the building with every other roof’s basic functions – insulation and waterproofing.

Layer 2: Next is the protection and moisture storage layer. This piece of the green roof provides the entire contraption with perseverance throughout the hot sunny days with no rain in sight. It can store immense amounts of water and feed the plants for a very long time, depending on the size of the green roof.

Layer 3: Right on top of that, there’s the drainage layer. This is often the thickest green roof layer, and its purpose is self-explanatory. All the extra moisture that penetrates the soil eventually reaches this area, upon which it is sent down the drain. The layer is made specifically thick for the purpose of sustaining the heaviest of rainfalls while managing to keep function, in spite of anything that could possibly clog it.

Layer 4: In order to further avoid any clogging, there’s the fourth layer – the filter. The filter is the thinnest green roof layer, and it’s there to keep any larger particles from dropping into the drain. It is a pretty simple layer with not much of a function, but it can prove extremely useful depending on the environment.

Layer 5: Above the filter, of course, there is soil – lots of it. The second thickest green roof layer (in some cases it is even thicker than the drain) is where the plants take root so they can grow. It needs to be thick enough that the green roof wouldn’t need occasional layer replacements. This layer provides ample space for nearly any roof plant, and in large quantity.

Layer 6: Finally, the topmost layer of the green roof is, of course, the green itself. Plants in their many shapes and forms grow on top of the green roof, and they further enhance insulation and overall roof protection. Depending on what you’ll be growing on your green roof, the choice of plants can vary enormously. Basically, anything with a root that fits into the soil layer is pretty much good enough.

The price of a green roof averages out at $108 per square metre. For most property owners, this doesn’t seem like a viable option at first. Consider, then, the fact that it will increase the roof’s lifespan by up to 200%, which will keep the building warm during the winter and cool during the summer.

If you want your heating and cooling costs reduced thanks to having less of a need to use these services, you’ll have to ready some cash. In most cases, green roofs save way more than they cost in the long run. They increase the real estate value and offer many more benefits that a standard roof simply can’t.

Let’s also add the crucial fact that all the greenery does wonders at absorbing the ultra-violet radiation, so even health benefits can be added to the bountiful mix of commodities.

You’re probably wondering where this idea came from and how long it’s been in use. Well, green roofs were designed in Germany in the 1960s, but they’ve been widespread around the Scandinavian Peninsula for centuries. Vikings are most likely the inventors of green roofs since they, too, built their houses under the cover of vegetation.

In a way, you can consider green roofs an ancient form of insulation that is nowadays incorporated into the technologically advanced development of infrastructure.

When it comes down to the great question of whether green roofs are an aesthetic waste of money or a major home improvement, we’ll have to agree with the latter. The benefits that green roofs offer are crucial and irreplaceable, at the moment at least.

Therefore, if you don’t mind a few extra insects roaming around your property, you may as well get yourself one of these. They are pricey, but worth it more than you can imagine.

to find out our latest Special offer today 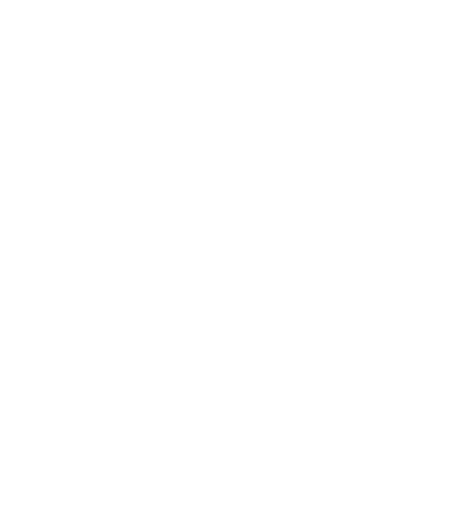